Jim Lonborg, whose brilliant pitching guided the 1967 “Impossible Dream” Red Sox to their first pennant in 21 years, is coming out of retirement on Thursday, August 27 to appear in the 22nd annual Abbot Financial Management Oldtime Baseball Game at St. Peter’s Field on Sherman Street in North Cambridge.

MEDIA DAY FOR THIS YEAR’S OLDTIME BASEBALL GAME IS ON MONDAY, AUGUST 17 AT 2 P.M. AT ST. PETER’S FIELD. JIM LONBORG WILL BE IN UNIFORM ON MEDIA DAY AND BE AVAILABLE FOR INTERVIEWS. 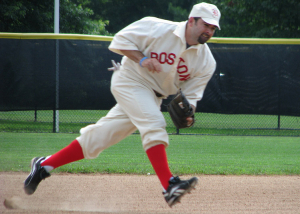 “I’m playing in this game for two reasons,” Lonborg said. “One of them is to find out if I need Tommy John surgery. I figure this will be an opportunity to test my arm.”

The other reason? Lonborg is pitching in to support the National Technical Institute for the Deaf, the beneficiary of this year’s Oldtime Baseball Game. Located at Rochester Institute of Technology, NTID was established in 1965 to reverse the long history of under-employment and unemployment among our nation’s deaf and hard-of-hearing citizens. More than 1,300 deaf and hard-of-hearing students are fully mainstreamed on RIT’s campus with 17,000 hearing students.

Lonborg, who will be making his first appearance in the Oldtime Baseball Game, became familiar with NTID through his friendship with Framingham native Skip Flanagan, a student at Rochester Institute of Technology who was born deaf. Flanagan, who has played in the Oldtime Baseball since 2012, earning Most Valuable Player honors his first year, extended a personal invitation for Lonborg to play in this year’s game.

“We first met at a charity event and we’ve remained close,” said Lonborg, now a dentist based in Scituate. “I’ll probably only face a couple of batters, but he’s going to be one of them. As long as he pulls the ball, we should be OK.”

Proceeds from the game will endow the Oldtime Baseball Game/Dummy Hoy Scholarship, which will be awarded to a deaf or hard-of-hearing student from New England  to attend Rochester Institute of Technology.

For the first time, the game will be accessible to both deaf and hearing audiences. An additional six sign language interpreters will be placed throughout the area, the National Anthem will be signed as well as sung and four 70-inch television screens will be on hand to provide real-time captioning.

William “Dummy” Hoy, who played for seven big-league teams from 1888 1902, including five seasons with the Cincinnati Reds, is considered one of baseball’s first well-known deaf players. He has been credited with helping to establish the “safe” and “out” calls that are used to this day. He was a lifetime .288 hitter.

Flanagan, in addition to overcoming many obstacles to star in baseball at RIT and pursue a degree in Psychology and Exercise Science, has devoted much of his life to inspiring the National Baseball Hall of Fame to consider Dummy Hoy for induction.

According to Flanagan, “Dummy Hoy is a proven winner as he overcame all the obstacles, especially in the late 1800’s, and his perseverance is what everyone —  deaf or hearing — should have in order to be successful in all aspects of life. He’s one of my biggest inspirations and has shown me how to dream big and then chase that dream.”

The pre-game ceremony at this year’s Oldtime Baseball Game will include the unveiling of a commemorative banner in memory of the late Lennie Merullo, a Boston native who played in the major leagues from 1941 to 1947. Following a scouting career that spanned six decades, he suited up as a coach for the Oldtime Baseball Game and was a fixture at St. Peter’s Field for more than 10 years. 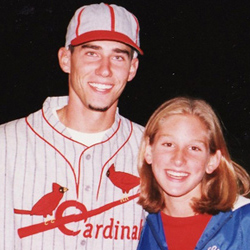 The award, instituted in 2010, is presented to a former participant in the Oldtime Baseball Game who best exemplifies Greg’s spirit, competitiveness and good nature. Klimkiewicz, a native  of Lexington, played in the game from 2001 to 2005.

Fans are asked to bring a beach blanket or chair and to camp out along the foul lines, as it is the crowd that makes the game so electric.

The rain date for the Oldtime Baseball Game is Friday, August 28th, also at 7 p.m.

From Harvard Square, follow Massachusetts Avenue north about one-quarter of a mile, turning left on Linnaean Street. At the end of Linnaean Street, turn right onto Garden Street. Bear right at the firehouse onto Sherman Street and follow to St. Peter’s Field, which is on the left.