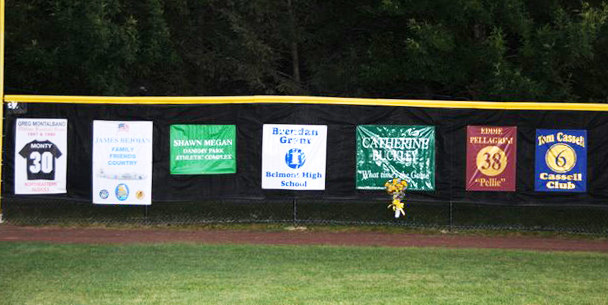 The first banner was dedicated in 2001 to Brendan Grant, a Belmont native and baseball player at American International College who was just 19 when he suffered fatal injuries when he collided with his center fielder during a game. Though Brendan never played in the Oldtime Baseball Game, he was made a posthumous selection in […]