Scleroderma is an uncommon autoimmune disease affecting an estimated 300,000 people in the United States. It is one of the 110 serious forms of arthritis. It affects people of all ages and races, and both sexes. Women are the main victims but men, the elderly and children may also be affected. There are two forms of scleroderma: systemic and localized.

Literally translated, SCLERO DERMA means “hard skin.”  It is often erroneously referred to as “the disease that turns people to stone.”  While the skin of those with scleroderma does harden or thicken, the systemic form of the disease can have far more serious and often fatal effects if its course travels inwardly hardening the lungs, kidneys, or heart.

The Scleroderma Foundation/New England (SFNE) was formed in 1973 as a support system for those with the disease.  Its three-part mission includes:

Scleroderma is considered an “orphan” disease and as such does not receive government funding. We are thrilled to have been chosen as the beneficiary of the Oldtime Baseball Game event and thank all who will join us at the game or support us in any way. 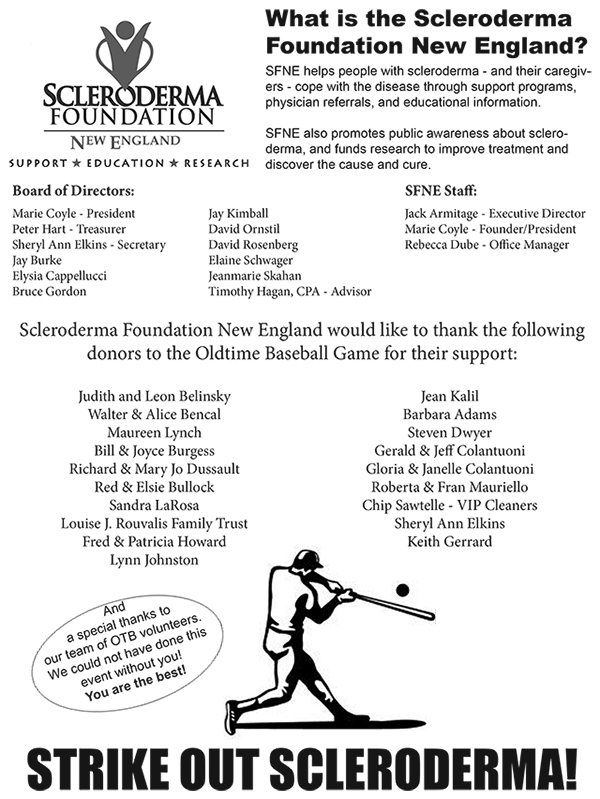