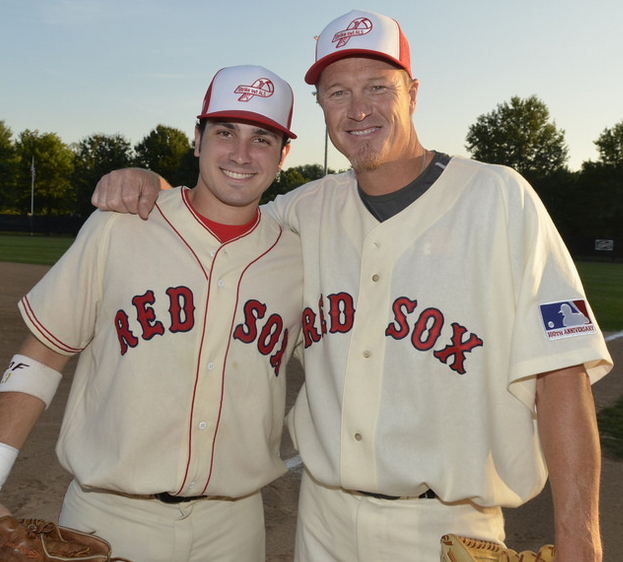 Former Red Sox pitcher Mike Timlin performed a major service to the Oldtime Baseball Game in 2014 when he flew from Colorado to Cambridge to participate in the game and help raise money for the ALSD Therapy Development Institute. Timlin did so to honor his late mother, who battled ALS.

The problem was that no uniform in our collection was big enough to fit him. But up to the plate stepped Peter Capolino of Philadelphia, the former owner of Mitchell & Ness, which in 1998 supplied our original collection of uniforms. Capolino graciously donated a complete 1969 Red Sox throwback uniform to our collection, and Timlin, who pitched on the Sox’ World Series-winning teams in 2004 and 2007, was happy to wear it.

It was also was worn by Gordie Gronkowski, brother of New England Patriots tight end Rob Gronkowski, in 2016 and ’17. Gordie, who played three seasons of minor-league baseball, hit a home run in the 2016 Oldtime Baseball Game.