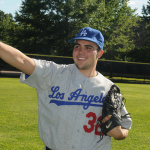 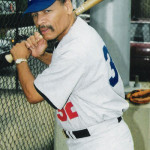 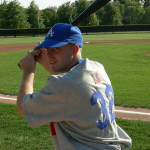 The first three players who wore this uniform went on to play professional baseball, beginning with Dan Morse of Tufts University in 1998. He later played for the independent Johnston Johnnies. In 1999 it was worn by Mark Langone of Stonehill College, who went on to play professionally in Italy. Brian Lentz of Harvard University, who wore it in 2000, later played in the minor leagues for the Seattle Mariners. This is also the only uniform worn by brothers: After Joe Marchesi of Bentley College wore it in 2004, his brother Jarrod Marchesi, also of Bentley College, wore it in 2005 and 2006.