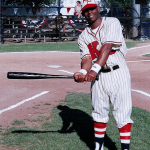 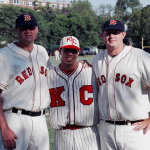 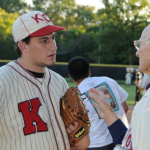 Before he broke in with the Brooklyn Dodgers in 1947, Jackie Robinson played for this legendary Negro League team.

Christopher Neil of Bryant University, who wore this uniform in 2006 and 2007, later went on to a professional sports career in basketball. Following his graduation from Bryant, Neil took a job in the community relations department of the Boston Celtics. Dorian Rojas of Cumberland University, who wore it in 2005, went on to play professionally for the independent Macon Music.