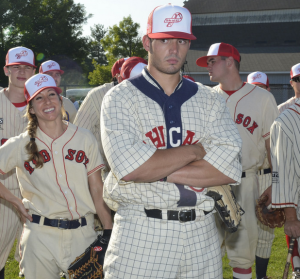 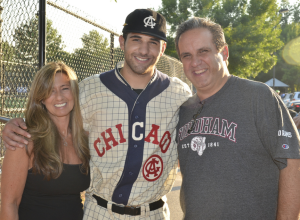 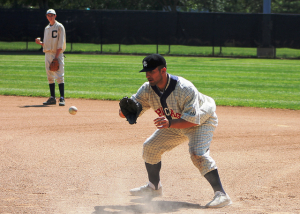 Rube Foster, who was inducted into the Baseball Hall of Fame in 1981, founded the Chicago American Giants in 1911 and managed them through 1926. The club was active into the 1950s.

First baseman Chris Shaw of Lexington and Boston College, who wore this uniform in 2014, was selected in the first round of the 2015 Major League Baseball amateur draft (31st pick overall) by the San Francisco Giants.